Rest assured, dear friends, that where your pleasure is, there your heart is. Charles Spurgeon

From the lips of Spurgeon, the man who found his heart.

A poor woman owed him a little rent. Out she went into the street. He had no heart. A person had fallen back a little in the payment of money that he had lent him. The debtor’s little children were crying for bread. The man did not care who cried for hunger, or what became of the children. He would have his money.

He had lost his heart.

I never could make out where it was till I went to his house one day, and I saw a huge chest. I think they called it an iron safe: it stood behind the door of an inner room; and when he unlocked it with a heavy key, and the bolts were shot, and the inside was opened, there was a musty, fusty thing within it, as dry and dead as the kernel of a walnut seven years old.

It was his heart.

If you have locked up your heart in an iron safe, get it out. Get it out as quickly as ever you can. It is a horrible thing to pack up a heart in five-pound notes, or bury it under heaps of silver and gold. Hearts are never healthy when covered up with hard metal. Your gold and silver are cankered if your heart is bound up with them.” 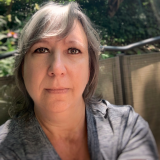 I am a Nurse Practitioner from Rochester, NY presently working in both the inpatient and outpatient hospital psychiatric settings.

2 replies on “The Man Who Lost His Heart”

Kathy, I love Charles Haddon Spurgeon, often referred to as the “prince of preachers.” Many of his writings and sermons have stood the test of time.
As a Bible student myself, no doubt Charles Spurgeon took this “heart” message from Luke 12:34 and Matthew 6:21
“For where your treasure is, there will your heart be also.” (King James Version, 1611).

Indeed, he is still relevant. Thank you for citing the passages, I loved how Spurgeon described the heart as a dried up walnut. Wow.